Visit to a local school 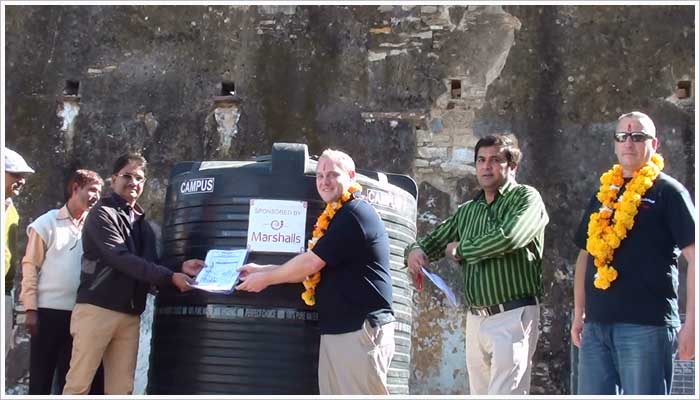 We checked out of our hotel and travelled to the Stoneshippers factory to pick up a few of the managers to travel onwards to one of the local schools which is supported by Stoneshippers and Marshalls. Marshalls had done some fund raising at their HQ to supply a much needed water tank to the School.

We were greeted by the school children and a ‘local musician’ playing a big drum. This apparently, was the traditional local greeting! She was hardly Ringo Starr, but at least she was enthusiastic! 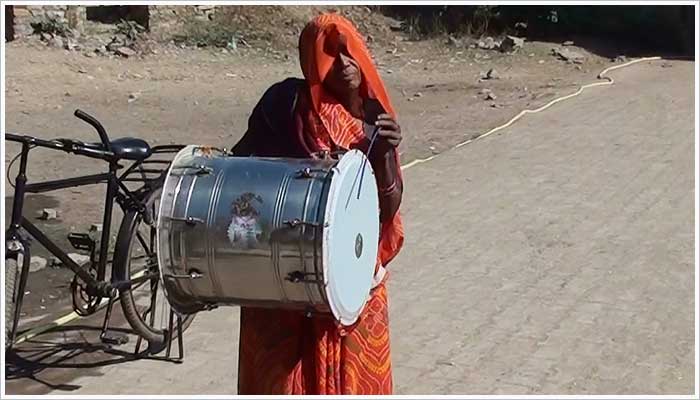 Chris and I had a Bindi spot put on our forehead by one of the children and several flower garlands were placed around our necks as we entered. I felt a little bit like being a celebrity for a moment, but I guess to the children, some of the things that Marshalls and Stoneshippers are doing is life changing- so this is their way of showing thanks.

We then walked through the school gates towards to centre of the courtyard where there were even more children lined up either side throwing flower petals to greet us, 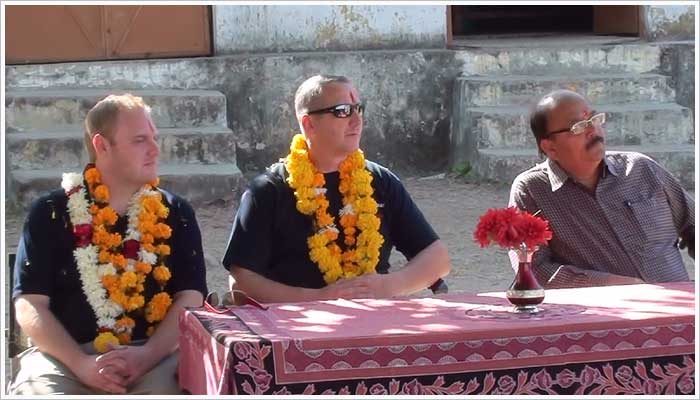 It turns out that we were guests for the morning assembly, so the children did a traditional Hindu prayer, and the head teacher explained why we’re here and what we have donated to them. We then got shown round the classrooms to see which lessons the children are being taught, the main lessons being Hindi, Maths and English 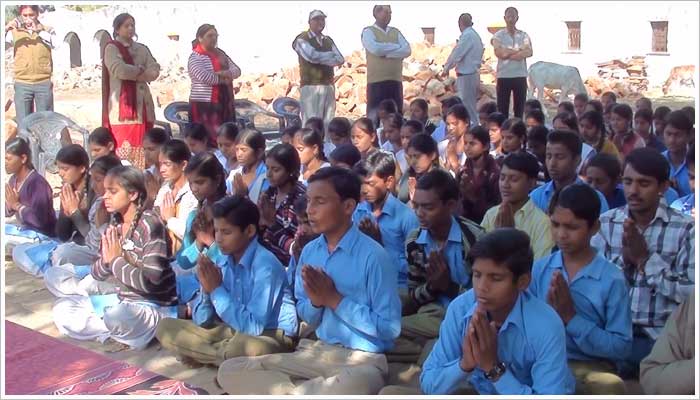 A lot of the children who attend this school are the children of the workers at the Stoneshippers Ranpur stone processing factory but the school is open to anyone in the community and is well attended. Children come from all around the local villages to attend 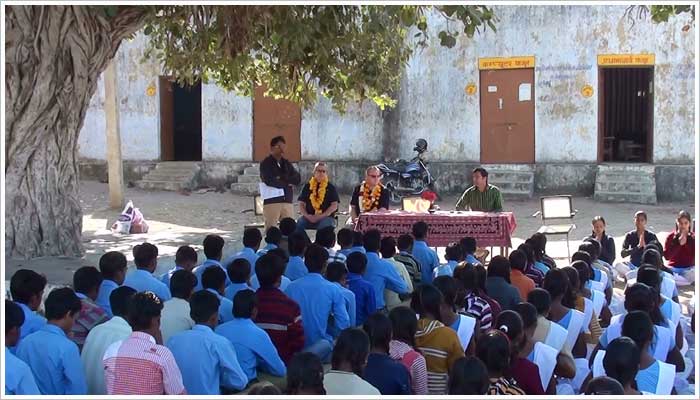 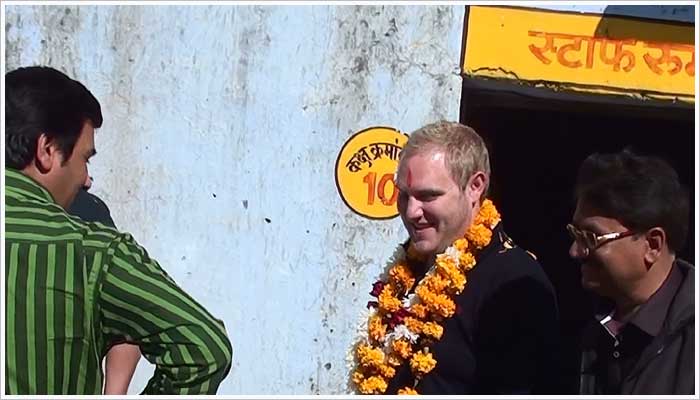 The pile of stone in the centre of the court yard is the local Kota brown stone that is being used for the school extension giving them an extra 3 classrooms to allow more pupils to attend. What we found out is that there is little or no government funding for the school and all the development, equipment books etc comes from local businesses donating including Stoneshippers and Marshalls 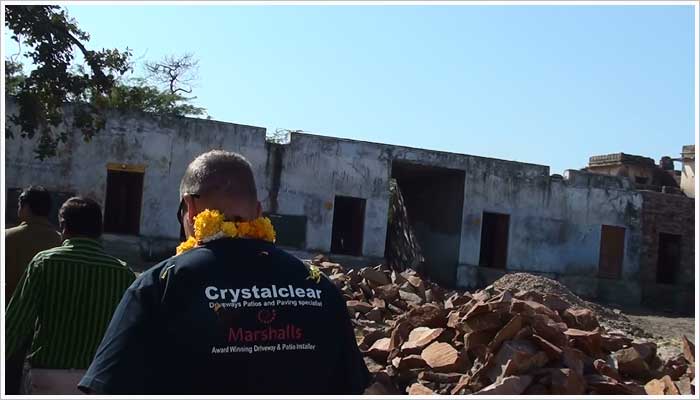 Marshall's had a dress down day raising money for this school which has bought them a much needed water storage tank, below is a photo of water storage tank being donated to the head teacher by Chris Frankland from Marshalls

It's taken for granted that water is provided in UK schools and it is a basic human need for water to drink. This school (like many in India) has no fresh running water and little access to it. This tank provides vital reserves for the children and means they can also take water home or bring it in from their villages to fill the tank. 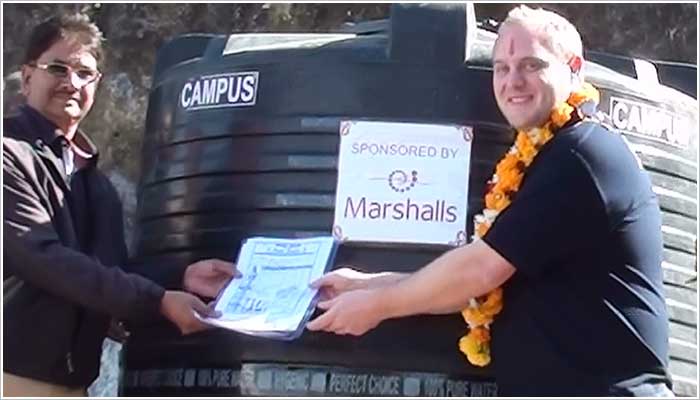 When it was time to leave the children showed their appreciation for what Marshalls and Stoneshippers have done for the school by waving us goodbye, hmm looking closely I can see a few of the kids are not waving I think I need to return again next year and take the photo again - whaddya you think Chris :-) 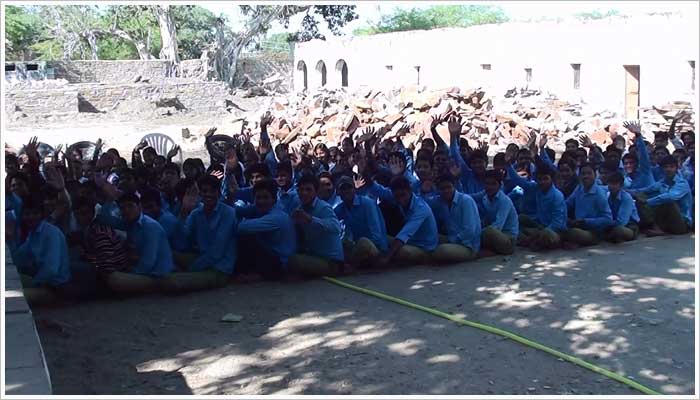 We left the school and said goodbye to the Stoneshippers guys and started our car journey to Udaipur airport, we did have plans for calling at the Fort in Chittorgarh for a couple of hours to do a bit of final sightseeing, but the clock was ticking and time was against us for catching the flight from Udaipur to Delhi so sadly we had to carry on and get to the airport.

I am told this is a regular occurrence on the Kota to Udiapur highway and you have to leave plenty of time to skirt round the cows and oncoming traffic! Maybe next time!

Summary of my week in India