Day 1 Sunday - Travelling to India. Fights from Manchester to Delhi and Hotels in Delhi & Kota.

The trip started on Sunday 1st December 2013 for 7 days; we left Manchester at 6:15am on a flight to Paris with a quick pit stop and a change of plane before heading to Delhi We put our heads down for a few hours at a fantastic 5 star hotel a 30 minute car ride from the airport, before an early start to the Taj Mahal followed by travelling that afternoon by train to a city called Kota, where most of the good quality Indian sandstone is quarried and processed. More about that on Day 2 of the blog.

The Air France flight from Paris to Delhi is approx 4000 miles and pretty much in a straight line flying over Basel Timisara, Bucharest, the Black Sea, Yalta and on to Delhi airport landing at 11.40pm local time.

I don't think Chris, my so called "travel buddy" for the duration of the trip, could have got seats any further away from each other on the flight to Delhi! We were on a Boeing 777-300 wide body jet, I was sat in seat 15A and Chris in seat 15H! These seats were exactly 5.86 metres window to window apart. I won't repeat the name I called him but I knew when I walked past his seat to go to the little boy's room and he smirked, it confirmed it was a well orchestrated plan. The usual excuses were trotted out but it seemed very convenient to me especially as he slept most of the way

1:0 to Chris (but he was warned not try and pull the same trick on the way home!!)

Chris was sat that far away I had to zoom past 7 seats for the photo :) 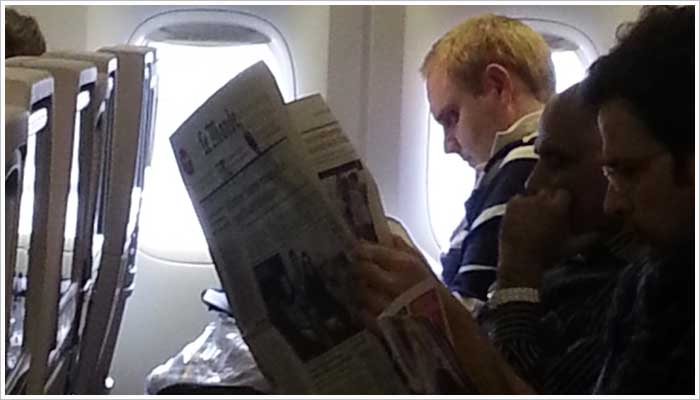 We flew premium economy, giving lots of leg room and a decent sized TV to watch a film or two. The food was surprisingly very good for airline food, consisting of smoked salmon bilni’s with baby spinach, Tandoori Chicken, Semolina with spiced carrots, Camembert, & an Almond cake. It's amazing what shite you will type whilst sat on your own at the far side of an air plane eh Frankland :p

Still there was plenty to do during the 7.5 hour flight when your sat on your own (I’m not bitter, honest!), watch a film, have a drink, then watch another film, have a bite to eat then watch another film - zzzz you get the idea. On the up side though, I was able to watch two recent episodes of "The Big Bang Theory" I had missed so that was a good result. Every cloud and all that…

It's not often that I have flown during daylight hours so to be seated at the window and be able to look down at the ground below was superb. It was a beautifully clear and sunny day with not a cloud in the sky and the view was breathtaking as we flew over the Alps. The stunning detail of the towns and villages 33 - 35 thousand feet below, looking almost like a 'snow covered' model village were spectacular. 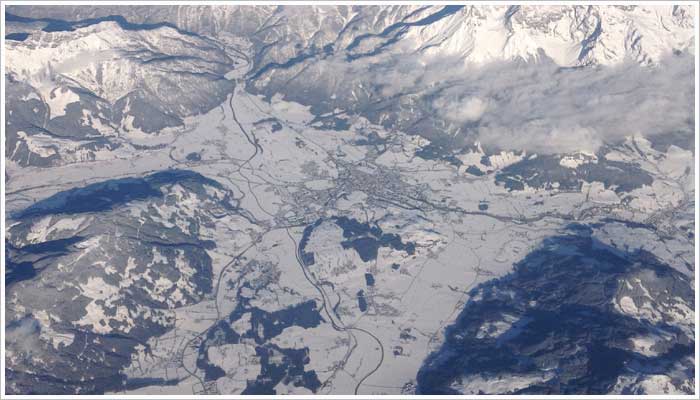 This is the first time that I have travelled to India and I was hugely looking forward to it. December is just after the monsoon season and I had been told the weather should be pretty good. It was quite warm during the day, somewhere between 22-28 degrees most days and getting markedly warmer as the week went on. The evenings were cooler than I had expected (about 13-15 degrees) so a long sleeve shirt and trousers were needed. During the summer months, the weather really changes and temperatures can get up into the mid forties. I was quietly thankful that the trip was in December then when the temperatures are not so high!

We arrived in Deli slightly before our 11:40 schedule. First thing I noticed was the airport was pretty clean and modern and not like the horror stories I had been told. It was a breeze getting through passport control and our luggage came quickly off the carousel. A quick pit stop to Duty Free (I’d forgotten my sunglasses) and we were in the car on our way to the hotel.

We stayed at the 5 star Leela Ambience Gurgaon, the staff at the hotel reception were very helpful and obliging actually escorting us to our rooms and making sure everything was to our satisfaction.

By the time we had got to the hotel and checked in, it was 1am and with the car leaving to drive us to Agra at 7am, it was time to get our head down before a 6:30 breakfast.

The doorman at The Leela Ambience Gurgaon 5 Star Hotel, I had to take his photo because he looked so smart. He was exceptionally friendly with a big cheery smile and a perfectly groomed moustache. One thing I had noticed is everywhere we went in India the people are very helpful and so obliging with the service they are offering and nothing is too much trouble for them. 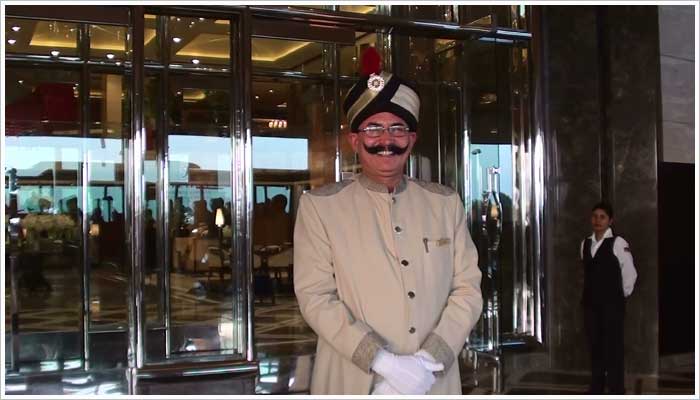 The Leela Ambience Gurgaon 5 Star Hotel-View from my floor 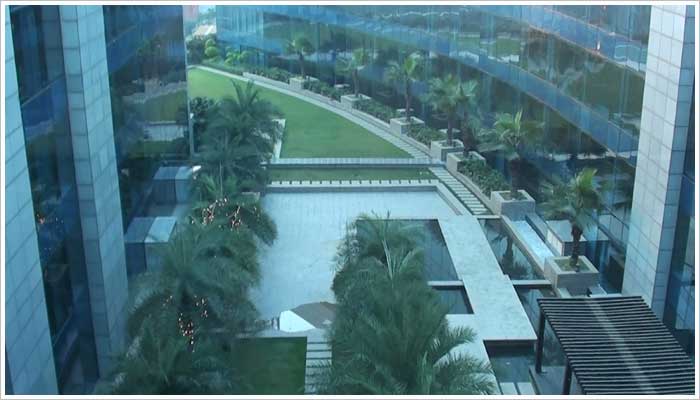 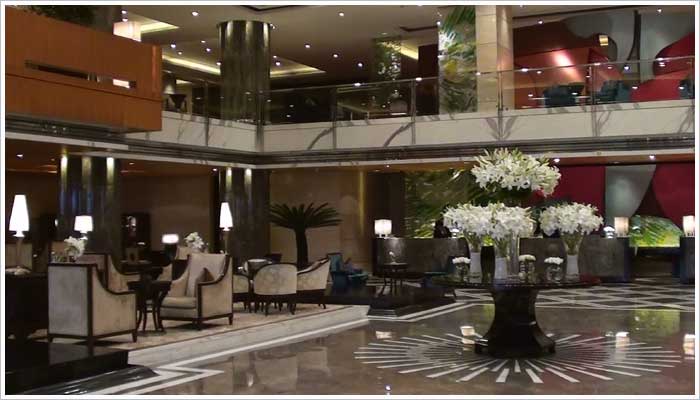 The Umed Bhawan Palace hotel in Kota, Rajasthan, is a very large and impressive building constructed over 100 years ago as a palace for the King and Queen of Rajasthan. The second entrance you can just see to the left of the photo is where the Queen lived up until last year when she sadly passed away. This part of the building is still out of bounds to the general public and has been locked up since her passing. The main wing has been converted into a Welcome Heritage Hotel and although it was basic, it has a great rustic charm to it. Sat in Swinton's Bar by reception, you could almost be transported back to the times of the Raj with the high ceilings and the ornate designs and artwork from that time 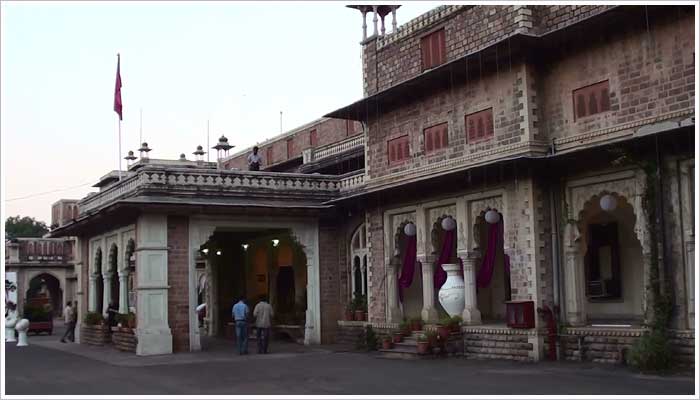 The bedroom at the Umed Bhawan Hotel. This (I am told) is a small bedroom compared to other rooms at the hotel but it was still larger than the floor area my house covers! I'm told you have to plan ahead to get a smaller room as the larger ones are a nightmare in the summer (too hot because the air con is old and can’t fill the room ) and too cold in the winter (for the same reason with the heater!) I think my travel buddy comes here too often! 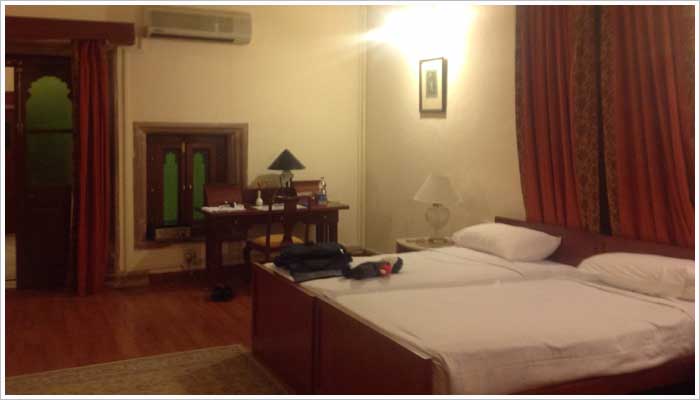 The Snooker room at the Umed Bhawan Palace in Kota, all around the room above the timber wall panels are mounted animal heads. Many of these date back to the 1920’s and 30’s and were shot by the King or the Princes The snooker table dates back to 1890 (thankfully it has been re-clothed-not that it made much of a difference).

This is Chris just about to miss a red again followed by myself also playing equally as badly... so we decided to call it a draw and retire back to the bar area quickly! 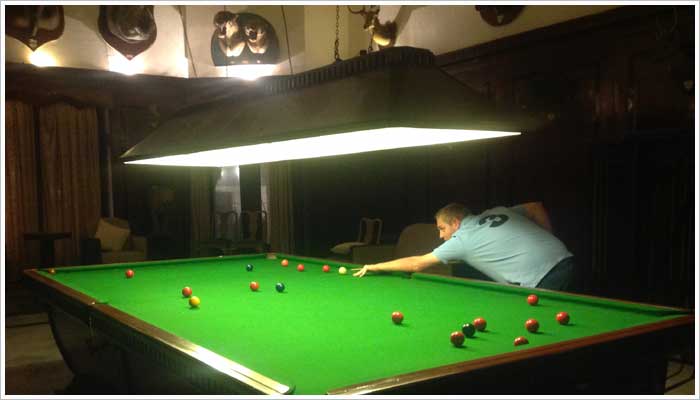 We arrived downstairs on Wednesday morning to the sound of these two chaps playing a tune to scare the peacocks away! Behind me was a large grass area and which was being laid out beautifully for an Indian wedding taking place all week at the hotel. Judging by the impressively loud Bangra music being played until all hours, we were in for some sleepless nights.

Chris said he was impressed by the tune the ‘dad and lad band’ were playing and is going to make it his ring tone for when Rachel (his partner) phones :) 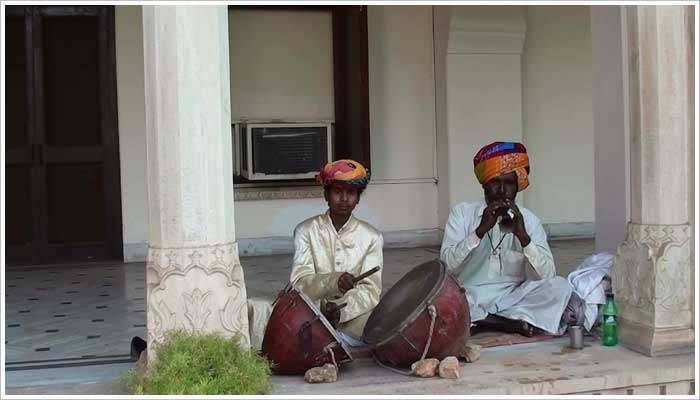 Another fantastic Indian meal served in the restaurant at the Umed Bhawan Palace, the food was delightful and the service was excellent. 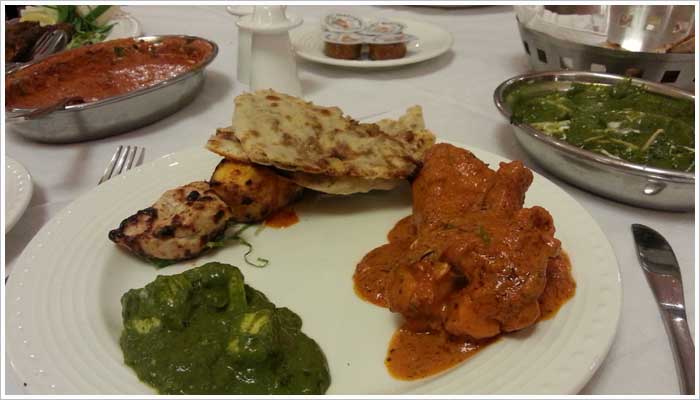 The overall experience at the hotel was second to none with the reception always calling us by our first names as we left or picked up the keys for our rooms which is something you don't normally hear in a large hotel these days.

I had the required injections for this area of India just to be on the safe side consisting of DTP Diphtheria, Tetanus, Polio and Hepatitis A

I had spent a lot of time reading up on the issues of a ‘Whitey’ travelling to India and all the possibilities of catching something like Delhi belly or being bitten by an angry mosquito, so I packed my case with enough deet (50% and 100%), mosquito wipes and other medication including Imodium tablets to cover the entire plane load of people. I am pleased to say I brought everything back with me unused bar the Imodium tablets, I managed to only get one mosquito bite all week which for me is a fantastic result as I am the first one in the room they normally target.

I'm actually very pleased to say I managed to get to the early hours of Thursday morning before I was sat on the toilet for a few hours, not a Delhi belly issue, just eating too much rich but very tasty Indian food for four days, which took its toll on my body. Normally, I’m partial to a curry 3 or 4 times a year, so the shock to my system to have my annual consumption of spice in a small number of days was too much for my body to take.

Thankfully, I took two Imodium tablets and within 15 minutes I was feeling fine again which was a relief as this was the day we are travelling by car for a few hours to the quarries scattered around the Kota area and there are no toilet facilities what so ever - phew eh :-)